The History of the sailski

The first drawings of windsurf boards emerged in the Estonian Soviet Union through Ain Vilde in 1973. The next few years ignited a serious interest in windsurfing. The new field was very attractive and there was a need to do it all year round. The idea to put a sail onto a ski allegedly originated from a windsurfing enthusiast from “Eesti Energia” Jüri Plisnik. 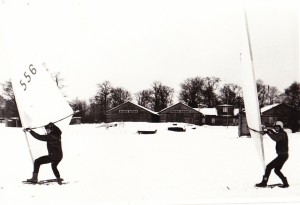 Kalev Allikveer recalls: “It happened during the 1975 winter when I was sailing with a sleigh created from cross-country skis and aluminium pipes from a camp bad on Harku Lake using a child’s sail. Tilting the sleigh onto one ski allowed to sail on a sharper course, the other ski was in the air at this time. Jüri approached me and asked why do I haul the other ski with me. He offered me a wider ski jump ski. I carved a platform from plywood on top of it, in fact I still have it. After that I went back to sail the sea due to work duties. I was familiarized with the surfers society only years later.”

In 1976 the first proper sleigh was constructed with ski jump skis and a footboard, to which a windsurfing sail was connected to by Jüri Plisnik, Jaak Kaldjärv and Tõnu Toomara. The first discipline of winter windsurfing was born – “purisuusk”(sail ski). Jaak Kaldjärv recalls: “The first sail ski had 2 skis, although quite soon one ski was being used. It worked better. In the course of time small skates were added onto the ridges of the skis to avoid skids on the ice. The main testing took place on Harku Lake, although there was a parallel activity on Pirita River at Yacht Club Kalev.”

That sailskiing was an extreme sport was indicated by Tõnu Toomara’s unfortunate fall. The skate attached on a ski’s ridge cut a deep wound into his leg. The consequences were of course severe. The wearing of a helmet, elbow and knee protection and other safety equipment became an elementary part of the sport. 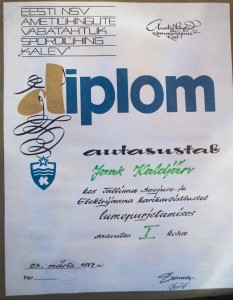 About a ten-member group developed the sail ski to become more and more perfect. Small contests took place on lakes and rivers because the coast guard wouldn’t allow going out onto the sea. The first competition was held in 1977 – “Tallinn’s Heat and Power Plant Cup snow windsurfing competition”. On the first year the cup was won by Jaak Kaldjärv. In 1978 the trophy went to Jüri Plisnik and the next two years Erki Mägar won the competition.

Because Estonia was part of the Soviet Union the information about the sail ski spread first to Russia. The biggest bulk to the development of the field came from Moscow, Leningrad, Severodvinsk and Murmansk. In 1978 the “Katera i Jahtõ” competition had already about 100 competitors.

Erki Mägar recalls: “Sami Tuurna came from Finland to Estonia to take a look at the sail ski. He started to develop a sleigh with two skis. It was good for sailing crosswind, but at competitions it couldn’t keep pace with a mono-ski because of the head- and downwind courses. By the way, the other dicipline of winter windsurfing, “purjetiib”(sail wing), was supposedly an invention of Sami.” 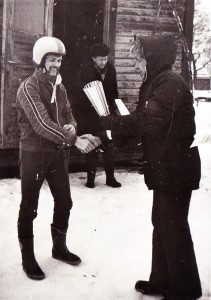 Winter windsurfing developed and an international organisation WISSA (World Ice and Snow Sailing Association) was created. The first World Championship was held in Finland in 1980. One of the best Estonian “skisailors” was Erki Mägar. He wrote a letter to the organisers about his wish to take part and gave it personally to the captain of the ferry “Georg Ots”, who put the letter into mail in Helsinki. The letter wouldn’t have gotten past the KGB in regular mail services. Erki was sent an individual invitation to the World Championship, but winter windsurfing was too new next to regular ice sailing in the Soviet Union. The deciders didn’t give a permission to go to Finland, giving the reason as a lack of formality – a lack of an association team. You couldn’t compete with a tourist’s visa, therefore estonians couldn’t take part in the first World Championships. In ice sailing though there was an USSR team and Ain Vilde was the World Champion by that time.

By the end of the 80s the borders were opening and sometimes you could even get to compete abroad. Kalev Allikveer recalls: “In 1988 or 1989 the three of us (Me, Erki and Olav) took part of the European Championship in Finland.” Erki Mägar adds: “The equipment on the other side of the border had developed at a rapid pace.” 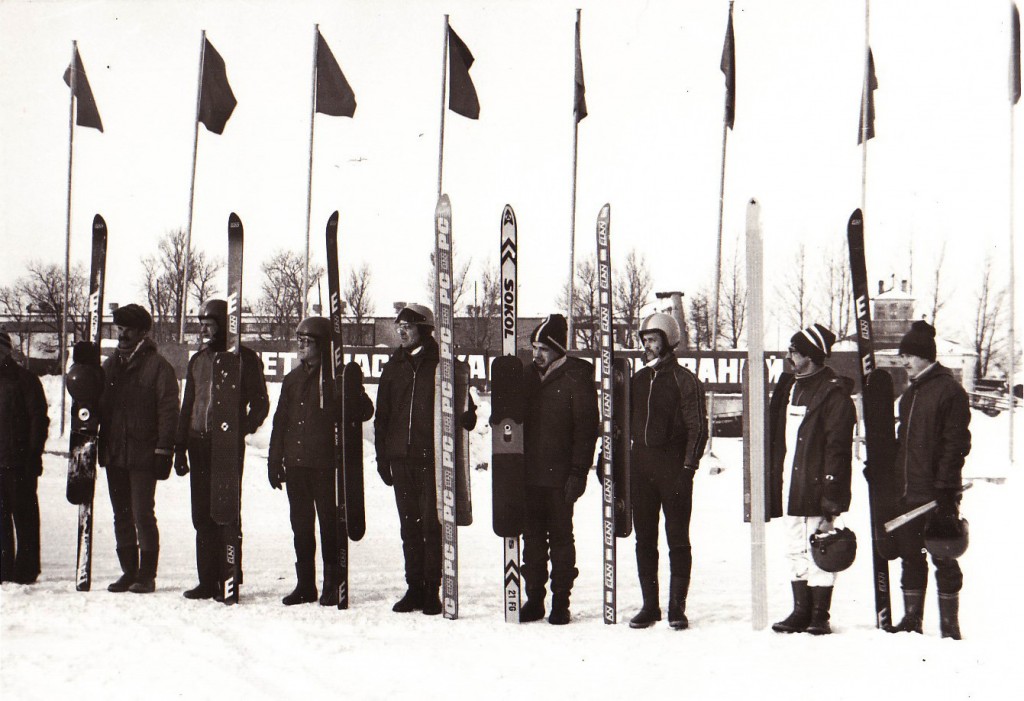 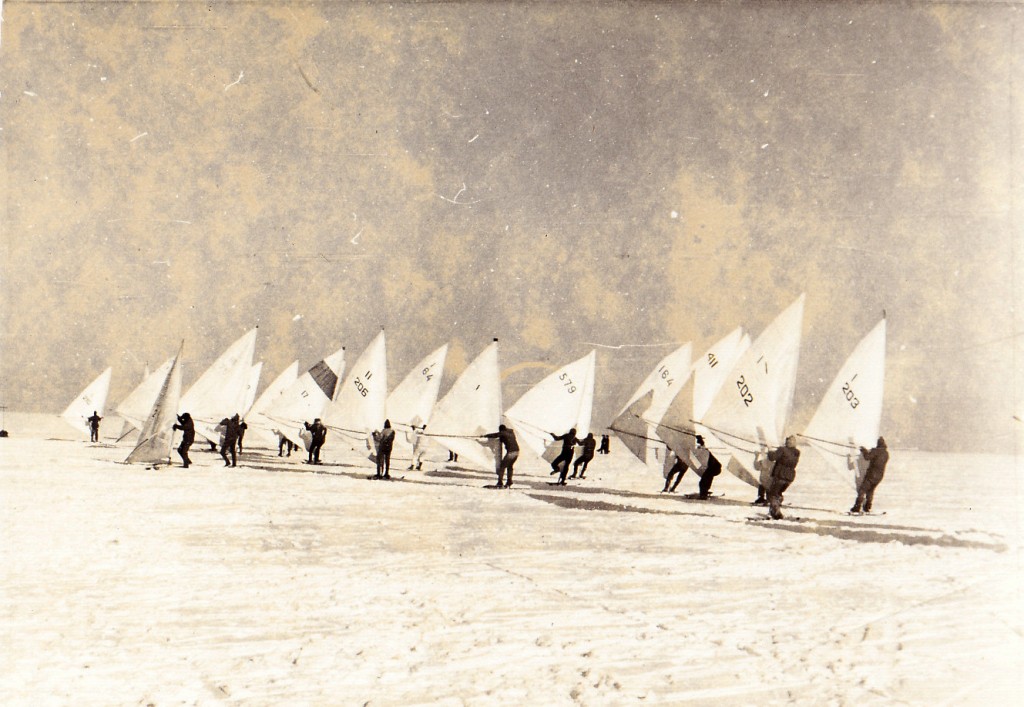 A moment after a start 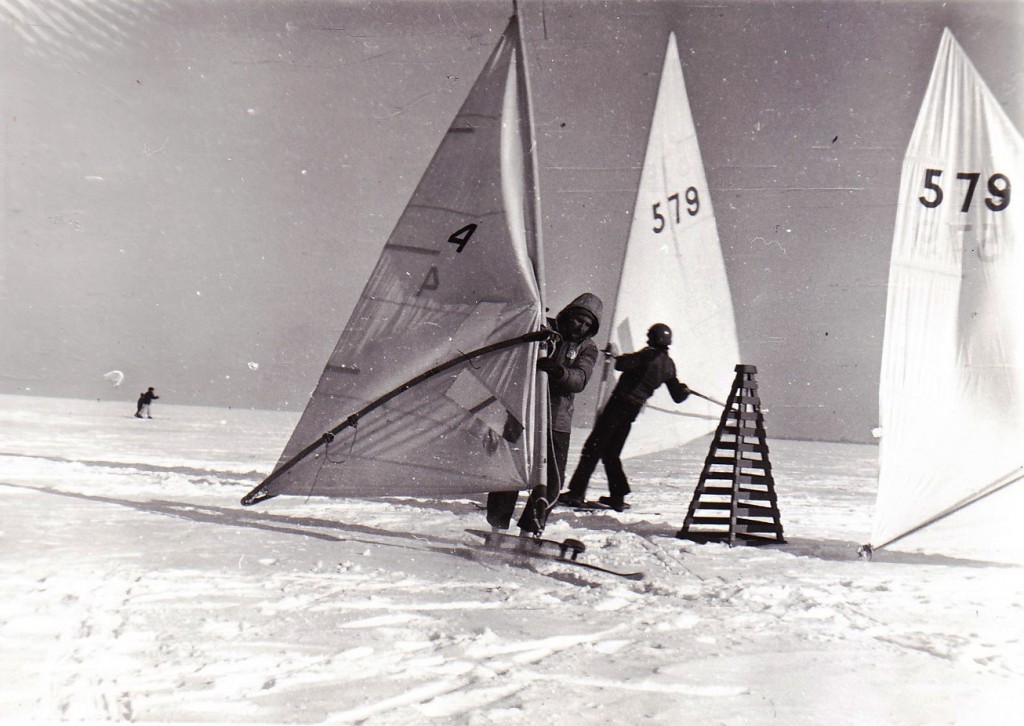 Competitors at a mark 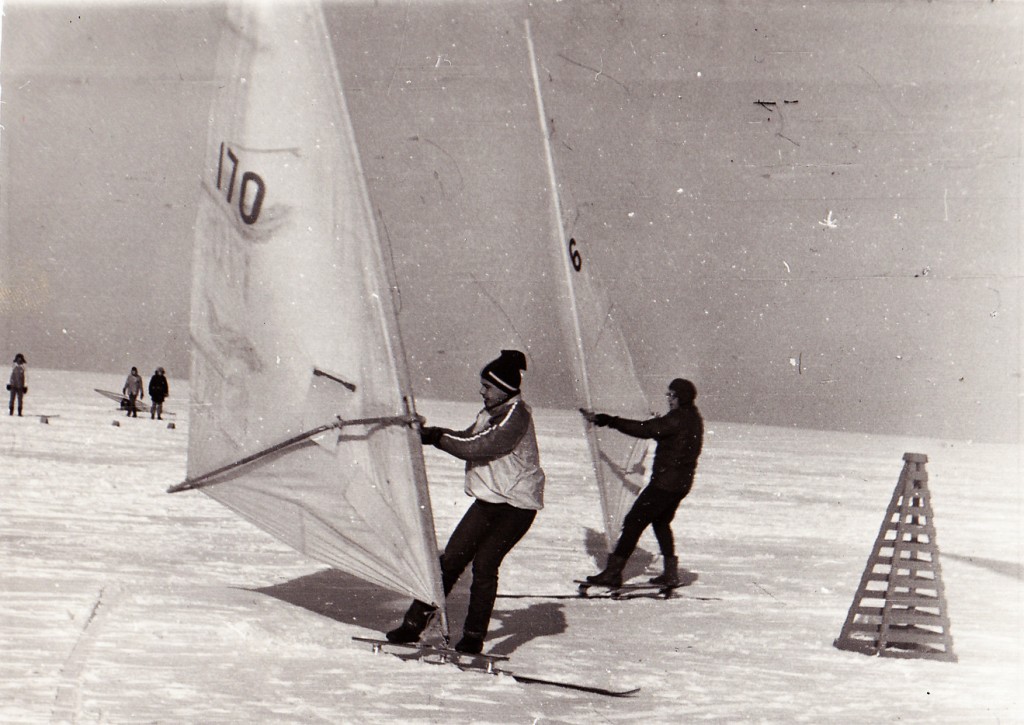 Competitors at a mark

The best winter windsurfer of the 80s – Erki Mägar